Other Disorders We Treat

At Covington Behavioral Health, individuals can receive expert care delivered by a team of compassionate and experienced professionals. With the help of our center’s dedicated treatment team, it is possible to learn to manage mental health disorder symptoms and live a healthier, happier life.

At Covington Behavioral Health, we are proud to provide personalized, comprehensive care to adolescent and adult patients who have a wide range of psychiatric needs, including but not limited to those who have been struggling with the following concerns:

Obsessive-compulsive disorder
OCD is characterized by persistent, recurrent, and unwanted thoughts or urges. People with OCD may become preoccupied with rules, order, or organization. They may also feel compelled in repetitive behaviors or mental activities such as frequent hand-washing, counting, or checking and re-checking to ensure that a task has been completed.

Personality disorders
This group contains several distinct disorders that are characterized by enduring, pervasive, and inflexible patterns of inner experiences and behaviors that are significantly outside cultural norms or expectations.

Schizophrenia Spectrum and other Psychotic Disorders

Delusional disorder
People who have developed delusional disorder will hold certain belief that they will refuse to discount even in the face over overwhelming contradictory evidence. Common delusions include believing that one is exceptionally talented; is being followed, observed, poisoned, or persecuted, or is loved by another person (often a celebrity) who clearly does not have romantic feelings for the afflicted individual.

Psychosis
This involves a separation from the reality in which one exists. Symptoms may include visual and/or auditory hallucinations, delusions, strange physical behaviors, and disorganized thoughts.

Schizophrenia
Individuals who have this distressing disorder will have significant problems interpreting the world around them, which may include experiencing symptoms such as hallucinations, delusions, disorganized speech, and catatonia.

Psychosis
This involves a separation from the reality in which one exists. Symptoms may include visual and/or auditory hallucinations, delusions, strange physical behaviors, and disorganized thoughts.

Self-harm
Often a symptom of a mental health condition, self-harm describes several behaviors that are engaged in for the purpose of inflicting damage or pain onto one’s own body. Common types of self-harm include pinching, cutting, or burning one’s skin; breaking one’s own bones; consuming poisonous substances; and pulling out one’s own hair.

Suicidal ideation
Any thoughts of ending one’s own life, from a brief consideration of doing so through the development of a specific plan for how, when, and were to kill oneself, fall under the description of suicidal ideation.

Trauma
Examples of trauma include a number of extremely painful, upsetting, or tragic events including military combat, physical attack, sexual assault, serious illness, natural disasters, automobile accidents, and the sudden death of a loved one.

Our Programs
Start the Admissions Process 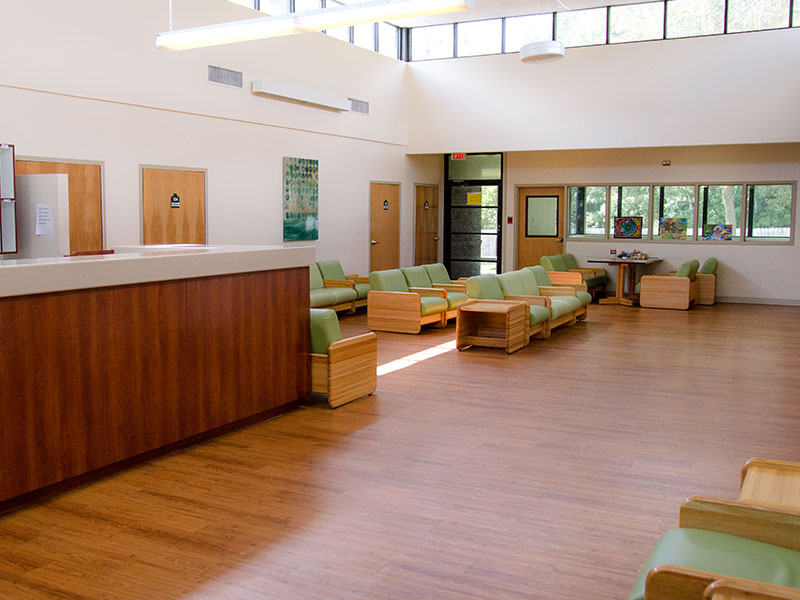